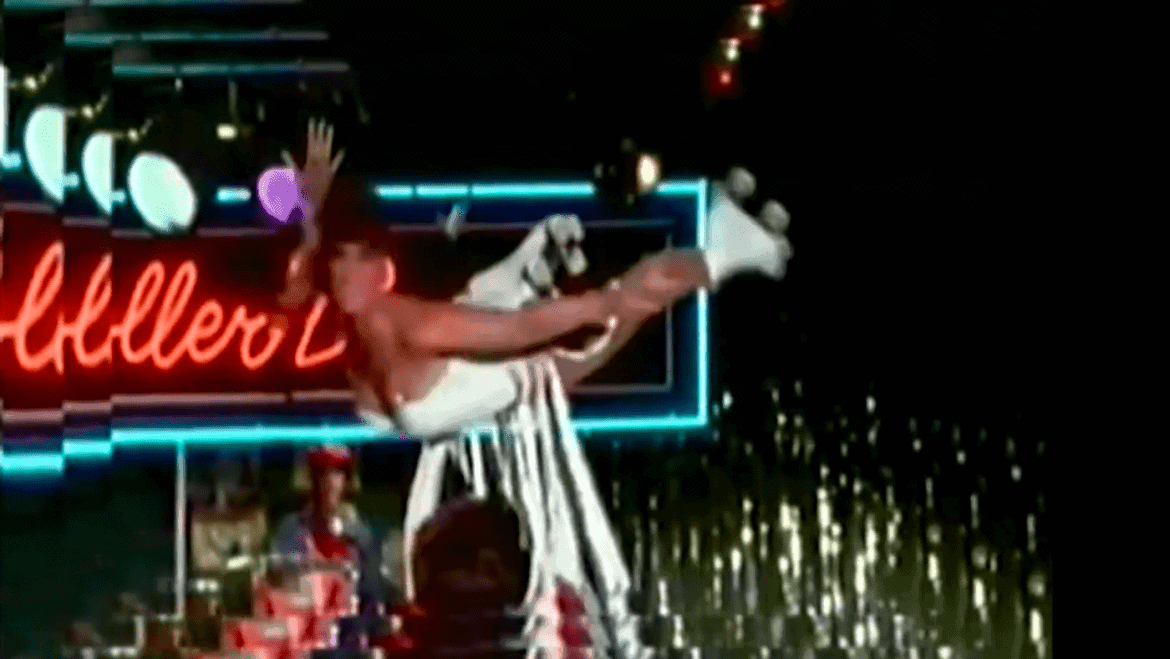 We already said goodbye to summer, but this song is giving us hot vibes: If you dig afro house, VHS aesthetic and roller skate disco, you definitely will enjoy this new clip by Berlin based Mexican filmmaker Lorea Arcelus aka LAOrbit. For Romain FX’s remix of Indaba Kabani by Kamazu, she recently created a music video. LAOrbit mixed her own VHS recordings with historic stuff she dug out in archives so we can enjoy a little roller skating time travel.

Both, LAOrbit and producer Romain FX have a deep love for all things tech and electronic music, they say. LAOrbit herself has a interest in roller skating and has been collecting material over the years. Romain’s sound ranges from 90s afro house to obscure disco cuts. His remix of Indaba Kabani hits the zeitgeist as African music scenes getting more attention.

For all you younger folks, Indaba Kabani by Kamazu was a hit in 1991. Kamazu was a South African disco star. The artist has been active between 1986 and 1997, publishing his records on Afrosynth Records. His biggest hits were Korobela and Indaba Kabani.

A Beginner’s Guide to your first Roller Skates