Chuffed Skates Crew – The Light of the Sun & the Moon 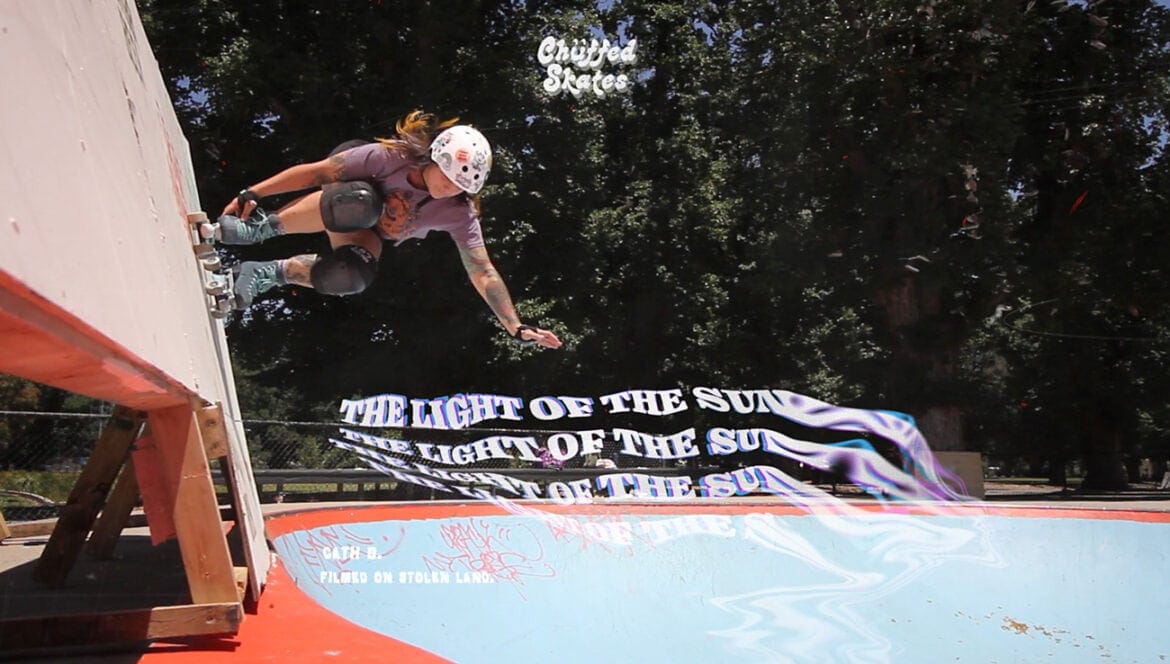 The Chuffed Skates crew has a special place in our heart. Not only because Chuffed Skates is a skater owned brand but because we can always be sure that this productive bunch will provide deluxe skate edits that inspire! This time two members of the crew, Sam Trayhurn (@marmaladeslam) and Cath B (@catth.b), have combined their creative energy and collective skate powers to bring together a two part skate edit.

They both filmed edits – one at night and one during the day – and they thought they’d do something cute and make a theme out of it. The result is two very fun, very grungy parts that contribute to the growing body of longer form skate content we all love and want to see more of.

Part I:  “The Light of the Sun’ featuring Cath B

Cath put together this part soon after coming back from 3 months of injury, but you sure can’t tell. She hit lots of her fave spots around Melbourne (Naarm), as well as a few places further afield. Most clips were filmed by fellow Brunny local Isabella Vraca (@dozerbell) with a few sneaky ones by fellow Chuffed Crew member Bowzer (@____bowzer), and her sweetheart Ken. The light of the sun shines bright on Cath’s energy, style and of course, her love of snacks.

PART 2: ‘The Light of the Moon’ featuring Sam Trayhurn

Sam filmed most of this edit during one of many lockdowns mostly around her home town, Newcastle, on Awabakal Country. She now claims she is a werewolf and only skates under the moon. She’s very grateful to her partner John for staying up way past his bedtime to film her, and to the legendary Dom West for the Sydney gap clips. The light of the moon shines bright on Sam’s love of grinds, never-ending black outfits, and ability to conquer the rail when it fights back.