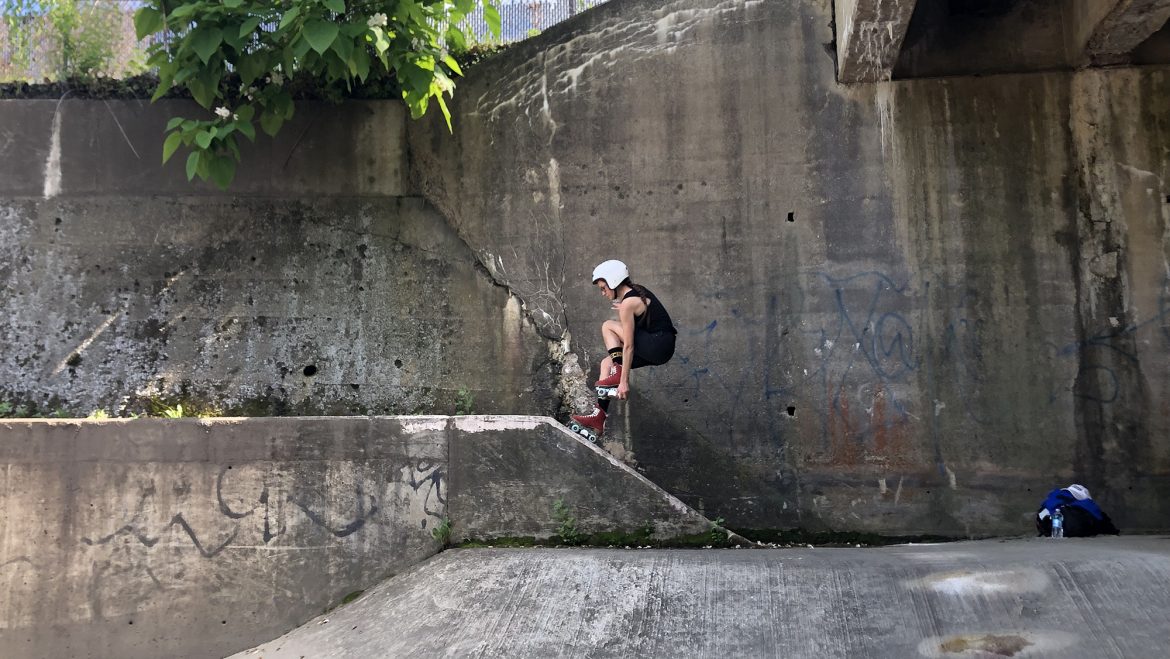 We’ve been all waiting for this: With Street Fighters the first roller skate street edit has been released. We talked with the initiator Karli Craig about her idea to dive into this project.

First of all: congrats on finishing the first roller skate street video. How does it feel to have created such a cool project?

Thank you! When I started the project, I knew it would be the first of its kind but I had no idea what I was getting myself into. I didn’t anticipate how much work would go into it, how many people wanted to be a part of it, and how much attention it would receive. I honestly didn’t think that many roller skaters would care to watch it but just the premieres alone have exceeded my expectations. It’s a bit nerve wrecking to create the fist of something because you want it to be great. But it’s been very rewarding to hear such nice feedback and positive reactions to it.

When did the idea grow to make a video and what concept did you had in mind?

I always dreamed of being a part of my friend’s videos (before I could skate) so pretty much from the beginning of my skate journey I wanted something like this. The idea for Street Fighters began in the spring of 2018. I realized a few of my closer skate friends also focused on street like myself, and it felt the timing was right to try this. Music has been an important aspect of skating and the way it influences how we move. I’m really into retro wave music so I thought it would be the perfect throwback vibe for the video.

As most people only see the outcome. Tell us about the people involved in street fighters.

Everyone that contributed to the street fighters video did so as a volunteer. We all did this for nothing but to create a good final piece. We had sponsors – thanks to Moxi, Better Bearings, Anticlique, Unity Skate Shop and SkaterSocks – that helped fund our trips so that we could all be together for moments during filming but no one made any profit from this and that’s what we wanted. Passion was the driving force in all of us I believe. There were over 20 skaters featured in the video, many filmers were involved, we had artists contribute with animation designs, and three of us worked tirelessly to edit all the footage that was collected. Our main feature skaters were Ragna, Bambi Bloodlust, Travis Reynolds, myself, and AJ Keane. We all started looking for spots and filming about a year and a half ago. It took a long time to gather as much footage as we did for these parts. We also have an extensive friend’s section of people all over the world that worked hard for their footage as well.

Based on what criteria did you choose the skaters to be in the video?

At the time, there weren’t a ton of roller skaters practicing a lot on street obstacles. I wanted to choose skaters who did, to show what’s possible in our sport. I knew who I wanted from the beginning. Travis, AJ, and Bambi are good friends of mine and they’re amazing skaters. In addition, I couldn’t have my first street video not include Ragna and Barbie, two of the most inspirational street skaters. Unfortunately, there were too many other obligations that kept Barbie from having the chance to film for us but we still had a pretty solid group for this project. As far as the friend’s section goes, it started as reaching out to a few skaters that I knew practiced a lot on street and seeing if they were interested in getting a few clips for us. Then it turned into friends we skated with during filming and other people we discovered along the way. 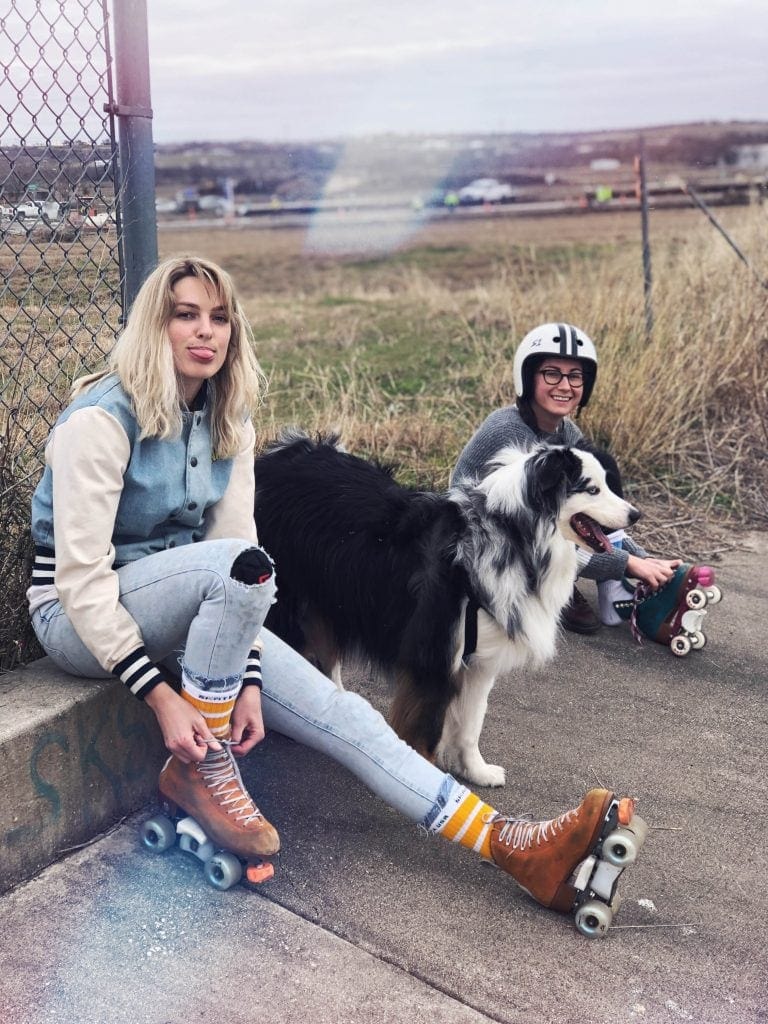 How long did it take from the idea to the completed video? Originally you planned to release street fighters in early summer. What are the challenges to produce an international skate edit?

It took one year and six months from inviting the skaters to the first premiere date. I thought this project would take like six months to complete and put out. But some of us live in the Midwest where we have pretty gnarly winters and can’t film during that time. I also had two surgeries this year which pushed back deadlines for everyone. We didn’t want to release something we didn’t all feel good about. So, I made sure to give all the main feature skaters plenty of time to get footage.

This was probably a huge learning experience. What are the things that left a lasting impression on you?

The biggest learning experience from street fighters was how to work with people when you’re collaborating. Aside from the trips we did together, the skaters were responsible for finding spots and getting their footage. If you’re not constantly pressuring people with deadlines and being hard on them when you have to, it will take you forever to get anything accomplished. Even in editing, there were plenty of miscommunications between editors, differing ideas, and deadlines not being met. Inevitably working with this many people, things can sometimes get messy. It’s A LOT of work to do a project of this size so I am grateful for everyone’s contributions to get this done.

Is there anything you would do differently next time you go for this kind of project?

Since this was the first, I wanted to include as many people as I could. Next time, I think it will be a smaller crew so we can create an experience that goes beyond just the skating.

Will you do a video again?

Already in the works.

Thanks for keeping us excited.

Skate Love Barcelona: “I Would Love to be...