Skate Love Barcelona: “I Would Love to be the Party Queen”

The 5th edition of Skate Love Barcelona festival is a very special one. Not only to the 500 roller skaters who were lucky enough to get hold of one of the limited tickets. But also to the creator Michelle Barrios. For many years she has been pursuing her dream to create a roller skating event in the beautiful city of Barcelona. When Michelle started out, Skate Love was just a small meet-up of like-minded humans dancing on the streets next to the beach. A few years later it has grown to become more than just a roller dance event (check out issue 4 for a story on the beginnings of SK8 Love). It is unique around Europe and a magnet to the best skaters from around the world who show up to give classes, perform and have a good time.
This edition is also special as it already should have taken place in 2020. But as we all know, a pandemic hit and Michelle had to postpone it. Fast forward and a few struggles later, Sept 16th-19th is the date where it shall finally happen. But before we all head out to Spain we’d wanted to have a little chat with Michelle about taking risks in uncertain times, the new locations of Skate Love and other things that were going on in the past months.

Michelle, how does it feel to organize your 5th Skate Love Barcelona in times like these?

Let me tell you that Covid has helped in many situations. At the beginning I thought, OK, everybody’s out skating now. Everybody will start doing gatherings. And Skate Love won’t be special anymore. But it wasn’t like that at all. So it feels great.

How was it back in 2020 when the fifth edition was about to happen and you had to cancel?

Talking about the start of the whole pandemic when we were still planning, I was like, OK, I am sure we’re not going to do it. Instead we had the idea of the virtual event. We said, let’s see what happens in 2021. As the situation improved a lot and the vaccinations began, we went to work. Usually, we start to plan the festival a year ahead and I knew if something happens, we might have to cancel it again. But what motivated me was that I received an interest  from an Italian girl from New York City. She offered her help and wanted to be a part of the team. Then more people were expressing their interest to work. This was fantastic. We were totally on fire. But still it is a very risky thing. People have to know that. This is something that we cannot avoid or hide. It’s a reality. And we sent this message out to the people that there’s a risk. We asked whether they want to take the risk with us. If not, we suggest them to cancel the ticket.

And what was the response?

It was amazing. We had to reduce the capacity but sold out the 500 tickets immediately and so far, only 15 people cancelled. Last time, in 2019, we had almost 1000 people. That’s why tickets went so fast. We are super motivated.

What is the situation right now in Barcelona? Is there a possibility that you will have to cancel if the cases keep rising?

We know that things change fast. Restrictions for events are changing constantly and we fall into the categories culture and sport, so we have to consider both. At this point I don’t think it will be canceled because of Covid. Probably the restrictions will be stricter. But of course, I am not the one who decides this. The thing is that we keep going and we are very motivated. And even more after seeing the pop-up event DiscOasis in California! This is the type of experience that I am aiming to offer. If you know about Tomorrowland, Burning Man or if you are into festival culture, then you understand the type of format I’m talking about. Some people think it’s just a party, but it’s so much more! We want to do something really special, even more after knowing that people are supporting us regardless of the risk. 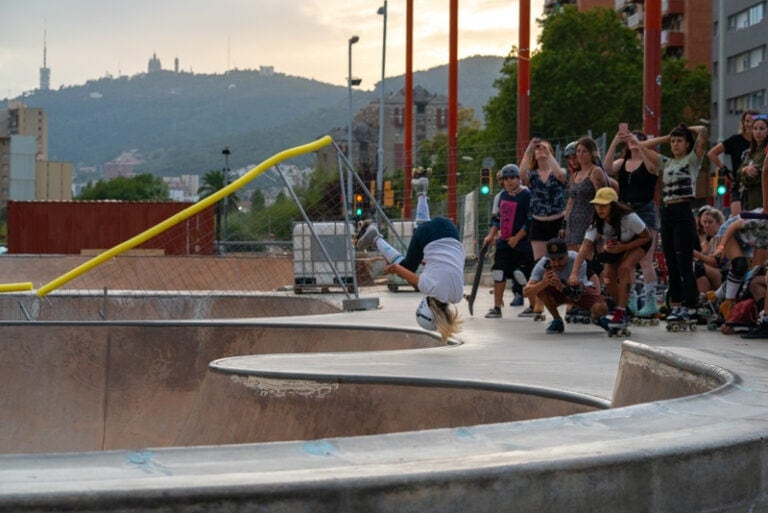 Everybody knows the risks they are taking.

Yeah. Even if we have to cancel because we don’t have any other choices and we come back to a full quarantine or something extreme, I have a really good feeling in my heart after the enormous support we have received!

Will there be any tickets at the doors or are the five hundred people the maximum allowed?

It’s sold out fully. We had the idea of increasing the tickets just at the Marina, as Skate Agora has a limited capacity. But I don’t think we will increase anything with the actual situation. If so, it will be like one hundred additional tickets.

So, will it rather be a spontaneous decision depending on how the situation is in September?

Yeah, but just for the Marina and for some workshops.

The skate park event at Skate Agora is different this time as it is not open for public?

Yes, it’s a brand new place. We are not repeating anything, not only because we want to be creative but we’re growing. Skate Ágora is a new private location where we will create the direct connection between the dancers and the park skaters. A new experiment, haha! In the previous years, we were offering skate park workshops at a public space with the legal permission of course, but we were never allowed to close the park. This has always been a problem for us, but not this year!

Tell us what else is different this time at Skate Love Barcelona compared to the previous years?

We have a bigger space for the workshops. It’s the type of sports hall which you can divide by curtains and you have three basketball courts inside. The line-up of the teachers is really interesting. The workshops in the sports hall are Thursday and Friday with 18 classes, we have more workshops than there used to be. Also, there is a networking event called Talks & Drinks. We have really interesting panelists. Oumi, for example, is one of them. She will talk about going viral. How is it, how is the process? What happens after that? Mo “Quadzilla” will talk about being sponsored. My topic is roller castings because I’ve been in the casting world for many years. Of course, we’ll have drinks and music.

On Saturday we have the Marina Day & Night at Badalona. We are not having the roller disco inside this time. Because of Covid we avoid everything that is indoors. We have the disco outdoors. And it is a really nice location. In the end the majority of the people who attend Skate Love Barcelona are crazy for dancing at a party, you know.

Do you have a personal highlight you are looking forward to?

We will watch out for you! 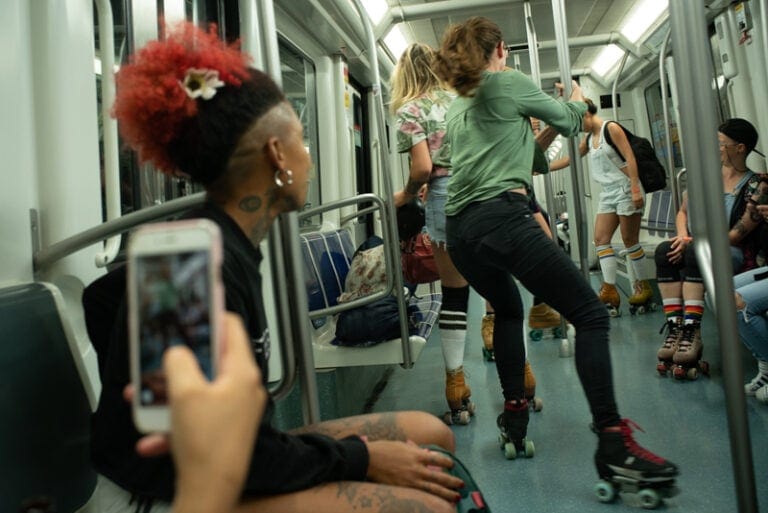 Under the Radar: Nica Parks

Under the Radar: Buzz L’eKlair

Under the Radar: Ava Verhoff aka Pushy Longstocking