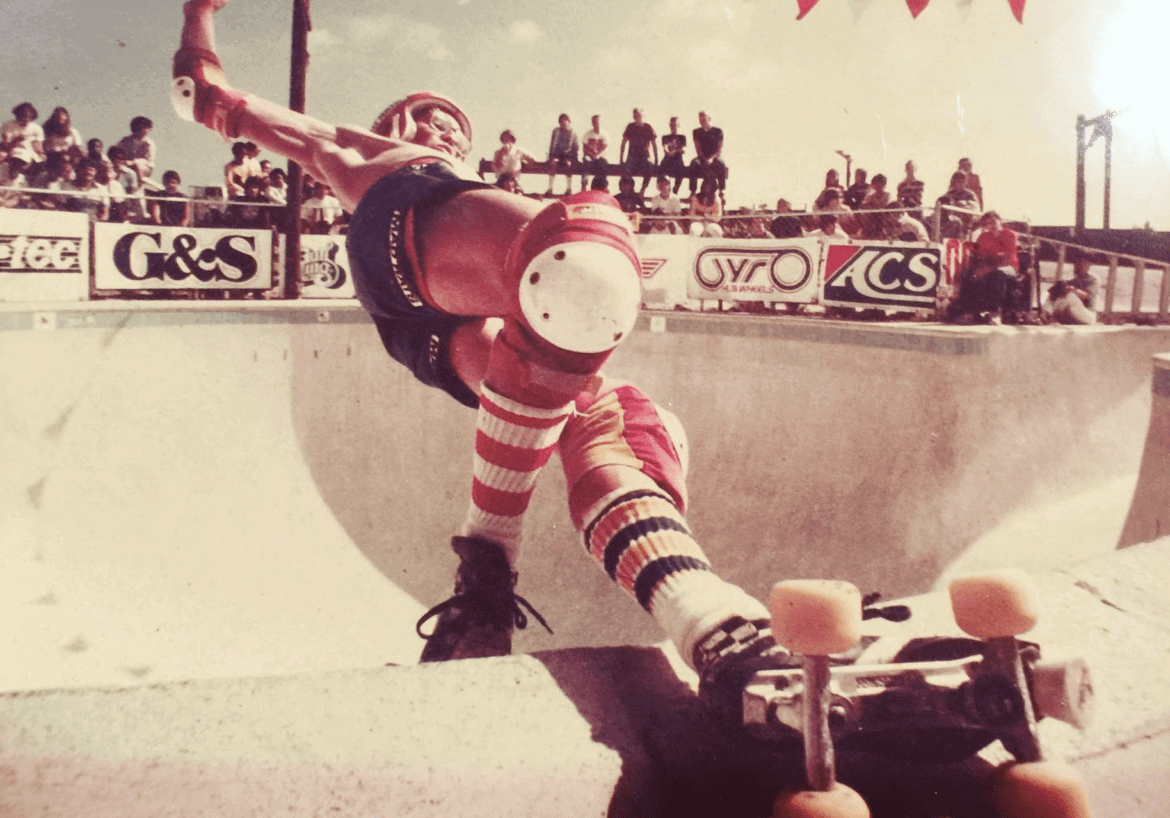 Aggressive roller skating is a part of the wider action sports community. We should be positive members working with everyone else to enjoy and elevate all kinds of park and aggressive skating. One key to that is using terms and trick names that align with the broader community. There is a lot we can learn from and give to everyone we share the park with. Part of that is recognizing and respecting the trick names and history of other sports, and respecting our own sport and the way we quad skaters pioneer and develop unique and awesome tricks.

Does it need a name?

Names are really valuable for the fundamental tricks. They are shorthand for more complex concepts. Calling something a “Mizou” instead of describing a grind with front foot on trucks/soul and back foot sliding on the block. That is a fundamental trick that is valuable to have a name for.

Not every trick we do on skates needs a proper name though. Most are combinations of key tricks. It is often easier, clearer, and frequently just as concise to use a descriptive name of the elements of a complex trick. The more tricks that we try to give proper names to, the more difficult it becomes to keep track of them all.

When is it cool to lift a name from another sport?

When we lift names from other action sports, the tricks should be directly analogous. When we come up with a trick that is unique to quad skating, we should have pride in our sport, and give it a unique name of our own.

The first way this happens is when a term is truly universal across all sports. Stall. Grind. Slide. Air. 360. A frontside trick is done with your front facing towards the obstacle. A backside trick with your backside facing the obstacle. These terms are universal. We should be using them exactly the same as everyone else.

Sometimes, tricks between disciplines are obviously the same. There is a lot of overlap between quads and blading. Soul grinds like Mizou and Makio translate directly to truck grinds. Using a shared language shows respect and allows us to be understood by the blading community and vice versa.

Finally, we can attempt to translate a trick from another discipline, taking the time to truly understand it, and making a good faith effort to translate that onto quads. Fred Blood tells how he developed his frontside rock and rolls, “I remember watching [Eddie] El Gato [Elguero] do them and trying to figure out how to do them on skates. It quickly became one of my favorite tricks. The timing to get it right is crazy.”

If tricks are similar but not analogous, they should have different names. An Ollie is unique to skateboarding. Scooters and bikes bunny hop, but they don’t ollie. They are doing their own thing and came up with their own name.

In quad skating, we have tricks unique to us such as the Box stall/grind – a frontside stall/grind with the lead foot on the block and back foot on the trucks. This is similar to a negative Mizou or Kind grind on blades, but still distinct. We have our own trick, so we gave it our own name.

A skateboard is very different from quads. It has a nose and a tail. It is not attached to your feet. It is ridden facing side on, giving it a definite frontside and backside. This makes it much more difficult for tricks to transfer.

Because skating side stance is similar, it makes translating tricks from skateboarding more direct. Perhaps even critical for some tricks.

For example, a Blunt stall on a skateboard requires popping up and stalling with the tail in the ramp, back truck on top of the coping, and nose in the air. To translate this, we might roll up side stance, stall on the back foot with toes pointed into the ramp, and front foot held above the deck. This copies the body position and careful balance of the original trick. A backside toe stop stall – even with toe stops on coping – does not.

Fred Blood argues it is not side stance per se that is critical to translating certain skateboard tricks, but full commitment and body position. “In my mind there is no difference if a trick is done parallel properly or side stance… If you can get the midpoint correct and only the entry and exit are controlled by the stance, who cares? Yes, there will always be good rock and rolls and lame rock and rolls, but if you can get totally stretched and laid out then who cares how you got into it or out of it?”

Many skateboard tricks will simply not transfer. You cannot board slide. The Airwalk is defined by taking both feet off a board then replacing them, which we cannot do.

Go forth as members of a larger community

Being part of the wider action sports community gives so many exciting opportunities. Our compatriots skating on boards, bikes, and blades are doing awesome things that we have the opportunity to learn from. As we expose ourselves to more action sports and the history of skating, we will gain a greater understanding for trick names, what they mean, and how they originated.

In the process, we will better appreciate what makes quad skating a truly unique and special sport. We should embrace that and proudly proclaim when we are doing something of our own.

More from Cameron Lloyd: Skating without Toe Stops? Why not try it?