Roller Skating and Racism: Why we need more than good intentions 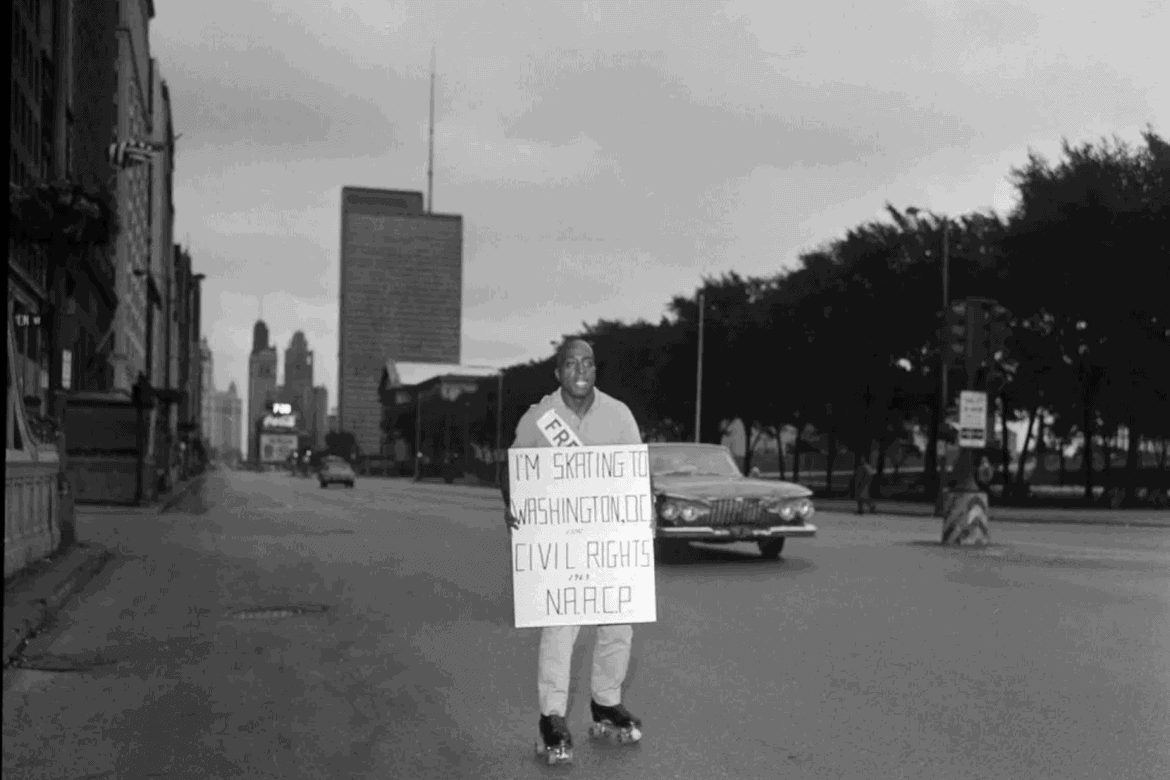 Does racism affect the roller skating community? Yes, it does. Can it be a tool for political empowerment? Present and past events showed: yes, it can. While we’ve been watching events in the United States, taking a stand against racism must be understood everywhere around the world. Learning that this is a global issue and how we all can be supportive is as crucial as identifying racism in our communities.

George Floyd is one of the latest victims to die at the hands of police brutality in the United States. The list is long: Breonna Taylor, Philando Castile, Freddie Gray, Eric Garner and many others lost their lives in recent years. Black people are three times more likely to be killed by police than white people. While thousands are protesting, the U.S. skate community also found itself in a deep debate about racism. At the same time skating folks here in Europe and probably other places around the world seem to be insecure on how to join the discussion and act. So, what can people from other countries do? Let’s start with understanding the history of roller skating in the U.S. And also acknowledge that racism does not only happen there but in every country in the world – and therefore also in the roller skate community.

While trying to get deeper into the history of roller skating it appears that in many countries it was popular as competitive artistic skating over the past decades and a lot of people consider it “just a sport”. Such as the young roller derby clubs, these sports are predominantly white. Most countries today have zero rinks. This does not apply for all. In the U.S., where there used to be rinks in every city, roller skating has been used as a tool for political empowerment. It has been throughout the 20th century as African Americans challenged segregation at amusement parks, swimming pools, and skating rinks not only in pursuit of pleasure but as part of a wider struggle for racial equality, as the U.S. author and history professor Victoria W. Wolcott examines in her book “Race, Riots, and Roller Coasters: The Struggle over Segregated Recreation in America”. On August 17, 1963, Ledger Smith, an African American from Chicago, started his monumental journey on roller skates to Washington D.C. to attend Martin Luther King Jr.’s speech “I Have A Dream”. He wore a freedom sign across his chest and back. It took him 10 days to arrive at the Lincoln Memorial (photo). In an interview in the “Baltimore Afro-American” in 1963 he said after he arrived in Washington he was “sore, aching, but hoping he was 700 miles closer to freedom”. A documentary which also explores the influence of roller skating on the civil rights movement is United Skates. (Unfortunately, it is hard to get as HBO is geo blocking users outside the U.S.). These skaters kept roller skating in the States alive – unseen by the main stream for a very long time.

Roller skating is a cultural connector

What is universal to all people is that we all want to belong. Like almost any other sport, roller skating can be and is a cultural connector. Something everyone tells you when asked about the great features of roller skating – aside from the fact that it’s fun. These words are not always reflected by reality, unfortunately. To ensure that statements do not just remain empty phrases, skaters of all backgrounds need to be included, represented and visible. And it is not only up to minorities to ask for that. Voices, especially the ones of Black people and other marginalized groups, need to be heard, even if it’s uncomfortable for some people. The recent incident in the Planet Roller Skate Facebook group is just another example how much work still remains.

Any group that claims to be inclusive carries a responsibility. Let’s not forget that some are not simply communities but a brand and business, as well. And all these skaters from around the world are not just community members or customers. With every post they make they are free advertisers. Brands profit from all skaters of all backgrounds buying their stuff (but that’s not a roller skating exclusive problem).

Skaters were asking brands for more representation and visibility before. Most of the time, this does not happen publicly or it happens in Insta stories or social media posts which only a few people see before they disappear. In 2019, @BIPOCwhoskate raised awareness by calling out brands, especially Moxi and CIB (who back then went by the name “Chicks in Bowls”) to live up to what they preach. Both promised to take action. Hence, Chicks in Bowls changed their name to CIB and worked towards having a more diverse team (here is the statement of CIB on the “Evolution of CIB”).

Racism and discrimination does not stop at the front door of the skate park or a social media skate group where on the surface everyone seems to be in for a common ground. Micro-aggressions and implicit bias are present at times. And even if we consider us as allies, believing that we are anti-racist with good intentions, will by no means help to end systemic-racism.

There are different ways to get involved

As skaters are advocating and getting involved in the Black Lives Matter protests, on and off line, brands seem to feel the need to act. While Planet Roller Skate is taking a break to “reorganize”, Moxi is using their social media channels so skaters can share their stories. And CIB just announced to take steps such as to use their platform to create spaces for community conversations starting with their first Coffee in Bowls session, support charity and create more opportunities for Black, Indigenous, and People of Color artists to collaborate with them, using the CIB platform to grow their networks and celebrate their artistry. “The skating community has been enriched and influenced by our People of Color. The skills, talent, and passion they bring to our community requires no less of us in return. We do not have answers. But we can offer a platform for voices within the skating community to be heard, and for us to learn from them”, CIB put out in a statement.

But while you are watching the movement grow in the U.S. and wondering what you can do, just check your area, city or neighborhood. Because there is a lot of things going on. In memory of George Floyd, in solidarity with U.S. protesters and to raise awareness for racism in their own society numerous demonstrations were and are happening in cities around Europe. It is easy to find events to join or help raise funds for charity (if your city is still under Covid-quarantine-restrictions), they are announced all over social media. There are many resources available, probably more than ever before. And if you do your research, you probably find lots of people or organizations who have been doing the work for years. It’s simply not enough to say: racism is bad. Of course, it’s up to each one of us whether we stay in our bubble or take action. And yes, sometimes we might be afraid to not find or use the right words, but that is part of growing as a human. And it’s nothing compared to the fear and effects that victims of racism are experiencing on a daily basis.

Links and lists you may find helpful

Here are some links and lists on how you can support protesters, Black owned businesses, artists, skaters, authors and literature. Feel free to send us links from all over the world, so we can update the list:

*note: Although we make every effort to ensure these external links are accurate, up to date and relevant, we cannot take responsibility for pages maintained by external providers.

Lucia Dimango: “It’s great to skate with a friend”

Unpopular Opinions? Here’s what we got!