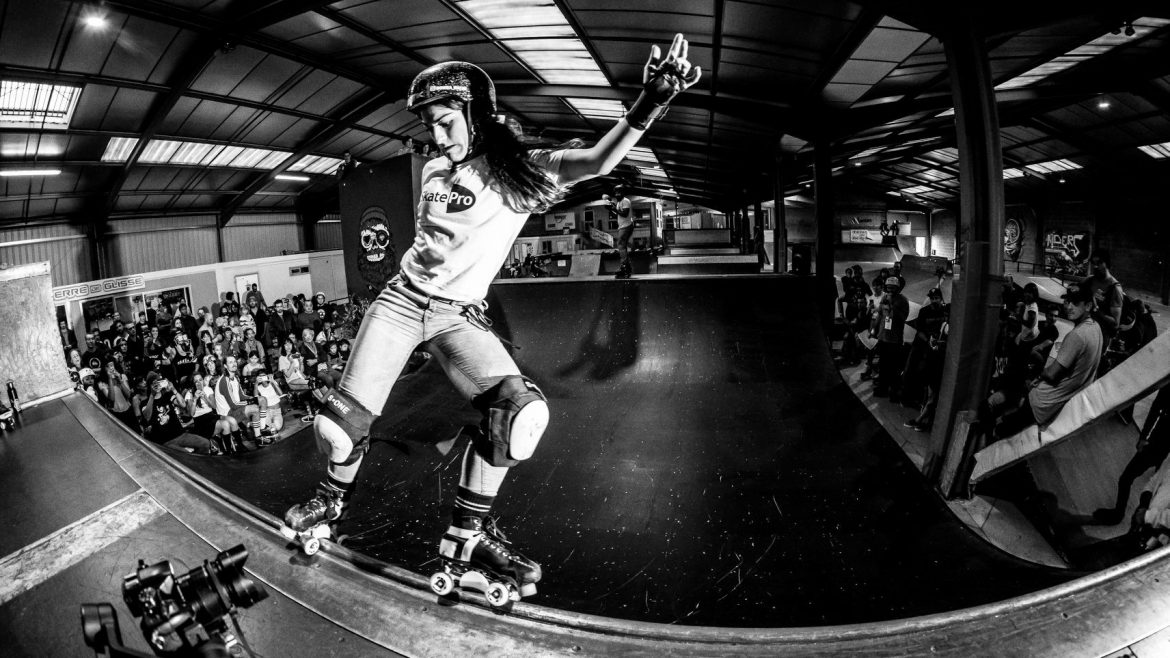 Roller skate contests are still rare in Europe. So, when Nantes Roller Festival went down on October 12th & 13th, some big names showed up at Le Hangar.

Every October, a big in-line skate contest happens in one of the biggest indoor skate parks in Europe: Le Hangar in Nantes (5300 square meters). This year, Nantes Roller Festival was mainly organized by a woman named Anaëlle Nogueira. She is one of the best in-line skaters in France.

A while ago Anaëlle coached me, so she was aware of the new roller-skate scene. When she told me it would be great to have a roller-skate contest, too, during the event, I said OMG, YES !

The park area was reserved for the main in-line skating contest, with qualifications on Saturday and finals on Sunday. Groups were divided into U14, U18, amateur women, amateur men, legends (+30 years), pro women and pro men. In addition to this huge contest, there was a vert contest on Saturday for all levels and genders, and the mini ramp contest for all levels and genders together. While the mini ramp contest was exclusive to roller skaters, the other contests were mainly for in-line skaters but open to roller skates, as well. Sebastien Audige was competing in vert & park in roller skates. 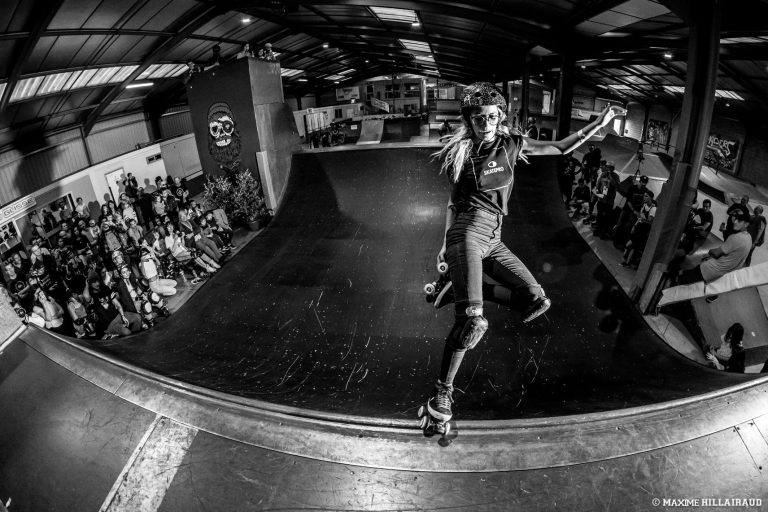 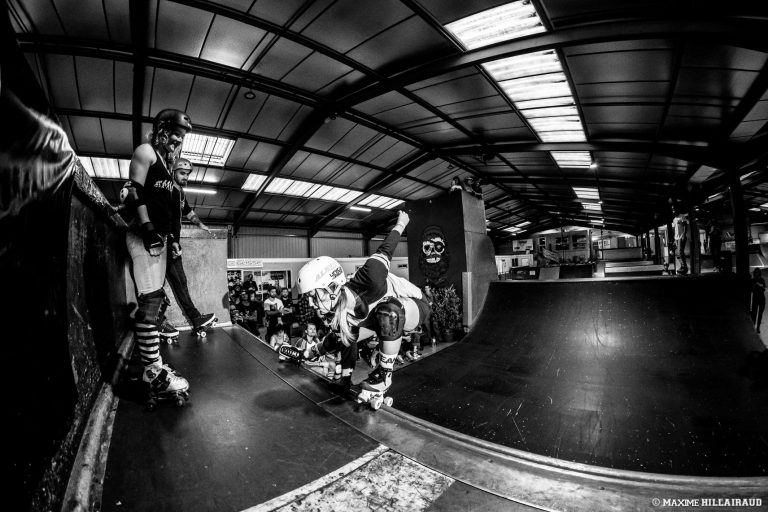 All in all, we had 128 riders at the event. This first contest for the new roller-skate generation in France had twelve participants to compete in the qualifications. Eight made it to the finals. The three judges were Julien Cudot, Mathilde Monneron and Victor Fransisco.

We had the honor to welcome Argentinian skater Barbie Arganaraz and Sara Helena Iglesias and Kenneth Dedeu. French skater Stéphane Jarnet came all the way from the South of France. It was excellent to watch skaters with this super awesome skill level! Most of the roller skaters came from Paris, but also from Biarritz, Valence and Tours. 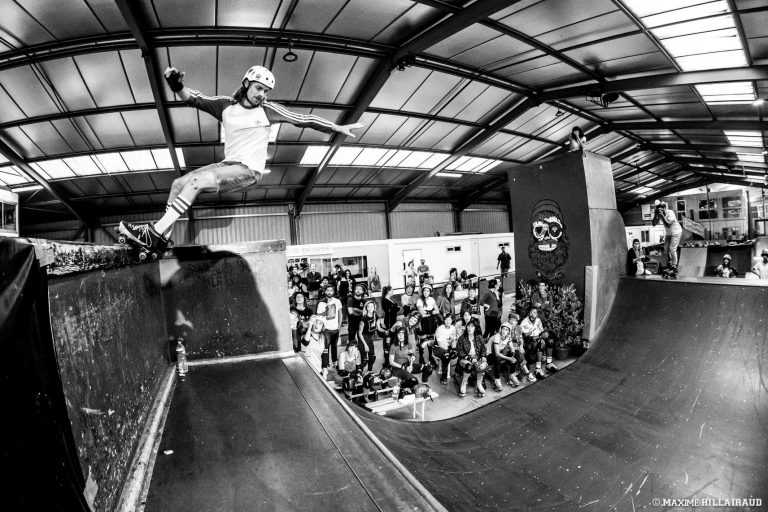 Julien and Victor were the judges for the qualifications. Each round two skaters went on the mini. They had one and a half minutes to make as many points as possible. Everyone was super nice and supportive. For the majority this was the first competition they took part in. You could tell there was a certain stress level in the air. But it all went well.

The finals took place later that day with Julien and Mathilde as judges. In the end, Sara took the first place, Kenneth the second and Barbie came in third. It was awesome to see the different styles and tricks that everybody did!

Next year, we hope to improve the event, especially the roller-skate part.If we have enough participants, we add different levels and categories. I hope to be able to do a workshop as well. In case you want to come, prepare to book a weekend at west coast in France in October 2020. As soon as dates are confirmed, you’ll find them on @cib_france.  The earlier you book, the cheaper it gets and the easier it will be to organize travel and sleep.

You find more pics on Instagram @nantesrollerfestival and @cib_france. Stay tuned for a video recap which I hope to finish in November.

Words by Eléonore Mournier. She is one of the CIB France admins and was part of the organization team of the Nantes Roller Festival.

10 Types of Skaters by QGSS