How to Film and Edit Roller Skating Videos Part II 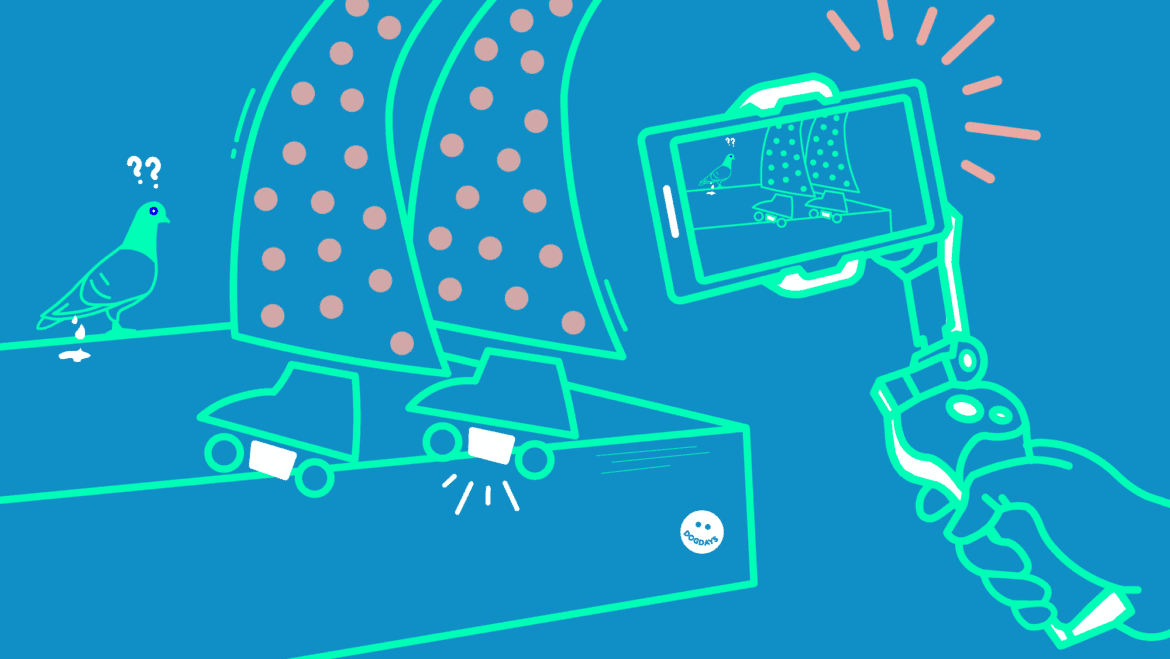 Most of us not only enjoy roller skating, we also love to capture those memories on video. While we are quick to post short clips on social media platforms immediately, there is much potential and reward if you put in some more time into filming and collect your best clips to eventually create a full edit. But how to film and edit roller skating videos? It is not that difficult to create a compilation of your favorite tricks and trips. It just needs a bit practice. To help you get started, we asked a few experienced skaters and filmers to share their knowledge and tips with us. In part II Karli Craig aka Rollergoolie talks about equipment and the importance of B rolls.

Camera choice is usually personal preference. There are many varieties of DSLR cameras (digital) and there are several old school camcorders you can start with. I personally use a Panasonic HVX when filming a full street part because I enjoy the look of the footage. If I am just filming for Instagram I will use my phone or my Sony A6000 if I want something a little cleaner looking. I have a fisheye lens for both my HVX and Sony. Sometimes this can be the most expensive piece of equipment depending on the quality you go for but it is worth the investment because a high-quality lens will drastically change the quality of your footage. I highly recommend you do thorough research on the camera you are interested in when it comes to lenses. Some cameras require adapter pieces to make a lens compatible. Also, older equipment can be harder to come by or find replacements for so it is best you have an idea of exactly what you need to get the set up that is ideal for you. The last street part I worked on was filmed mostly at night, so lights were very important. I have a light attachment for my HVX but usually the camera light will not be enough and you will need additional lighting if filming at night or in the dark. Rechargeable lights are best so you don’t need to plug anything in or lug around generators. You can usually find pretty decent tripod lights or rechargeable flood lights.

Planning a video really depends on your goals and vision. You can film an individual part or a group edit. I like to start there and then base my planning on that. If you film with a group it’s easier to find spots and get clips because you have extra help. Solo parts are pretty fun too because the focus is much more direct. When it comes to filming at spots, look at your surroundings. If the area offers aesthetically pleasing imagery, it’s nice to get some long lens footage of the area and the skater to give a feel for the spot for the viewers. Filming fish eye or long lens depends on the spot and the trick. More technical tricks are usually filmed fisheye so you can get a closer look at their feet and the trick.  A fisheye can also make an obstacle look bigger. A long lens comes in handy for wider shots or if you really want to give perspective of the obstacle being skated. Usually it’s best to try to get multiple angles and use a fisheye as well as a long lens so you can mash up clips or choose what looks best. If you film with fisheye, you want to get close and low. Usually you want to get closer than you think you need, too, because the lens in designed to capture a larger scope. Getting low will give a better perspective. You can also film by following the skater or by using just the stretch of arm to create the movement you need. It is rare that you would film fisheye at a standstill with no movement tracking at all.

Some of the best B roll comes from what happens after the land or from falls so I try to be sure I keep filming a little bit after the trick and not stop recording right away and miss some potentially good footage.

The best way to be prepared is to do your research on the equipment you have. I deleted all of my footage off my camera one time by mistake because I didn’t knew what I was doing. I’ve also had to throw clips away because the footage was blurry, filmed with the wrong settings, or filmed poorly. Mistakes happen and progress only comes from practice so don’t expect to be a great filmer right away. I still have an immense amount to learn and am far from being an expert of any kind. I do know though that the more you do it, the better you will get, just like anything. Another thing I would like to note, be prepared to film 100+ attempts at one spot. In my personal experience filming as well as skating, sometimes it takes the skaters many many attempts before they get the land they want to be used for a video. Patience is huge with filming.

I use Adobe Premiere mostly. I will use iMovie for quick Instagram videos but it is not the greatest for full edits that require more advanced tools. Music is something that usually comes in later. After you collect a good amount of footage, you will get a feel for the type of beat and vibe that would go good with the way someone skates. When I was working on Street Fighters, I knew all of the music would be retrowave or 80’s because that was the theme of the video but had no specific songs planned out until we started watching through the footage. Youtube is the most accessible for viewers but can be tricky when it comes to music rights. Vimeo has less restriction on use of music but you most likely will have to pay for a membership to upload larger files and it is not as accessible. Lately I have seen more people upload full parts to Instagram TV as well but I prefer Youtube or Vimeo so that the video is easier to find and search for in the long run. There is also the option of doing it old school and making DVD’s.

If you liked this and are hungry for more insights, make sure to also read Ragnaroll’s filming and editing tips for roller skating videos.

How to Film and Edit Roller Skating Videos Part I